Server maintenance is always planned very carefully, to make sure that the servers are always available during office hours. Once a month, eight employees work overtime in the evening to carry out maintenance tasks.

During this maintenance, the consoles for the various servers were shared in the data center, which made authorization quite difficult. Fred Meijer, System and Network Management Coordinator explains: “The system authorization was not our only challenge. Valuable time was lost because our operators had to wait for a console to be available. That’s rather annoying, especially when working overtime.” Jeroen Groeneweg, System Manager, adds: “Our operators often had to be physically present, which increases the risk of a system being down caused by a human factor. Moreover, every time the door opens, the climate control is influenced negatively.”

The Dutch National Lottery registered considerable growth over the last few years, mainly because of the strong growth of Internet activities. Fred Meijer: “We needed workplaces for our new colleagues and additional space in the data center.”

Unfortunately, there was no additional available space in the building.

The Raritan CommandCenter Secure Gateway appeared to be the winning ticket. With this solution it is possible to control 4 KVM-over-IP solutions (Dominion KX216, two IP users and one local user for 16 servers).

With the CommandCenter Secure Gateway, all IT equipment is accessible, which means that the National Lottery has one access point and one user administration.

Our employees can now access the hybrid server environment from their own workplace, so we no longer need a lot of consoles. The old console room is now the working place of three employees. Moreover, removing the consoles from the data center creates additional rack space in the server room. Fred Meijer: “In all, we have up to 25 percent additional space available.”

The enterprise solution has a positive effect on efficiency. Fred Meijer continues: “We don’t have to wait anymore until a console becomes available. Thanks to Raritan, our overtime hours have decreased significantly, which saves us valuable time.”

The alternative location is also being managed from the workplace, which resulted in a significant decrease in travel time between two buildings. To summarize, the enterprise solution means a considerably cost reduction for the Dutch National Lottery.

The Dutch National Lottery also benefits from important security advantages. The IP signal for KVM (Keyboard, Video and Mouse) is encrypted and the actions of employees are registered on the servers. The stand-alone solution works independently of an operating system, which means that the security of the management tool does not depend on the security level of an operating system. 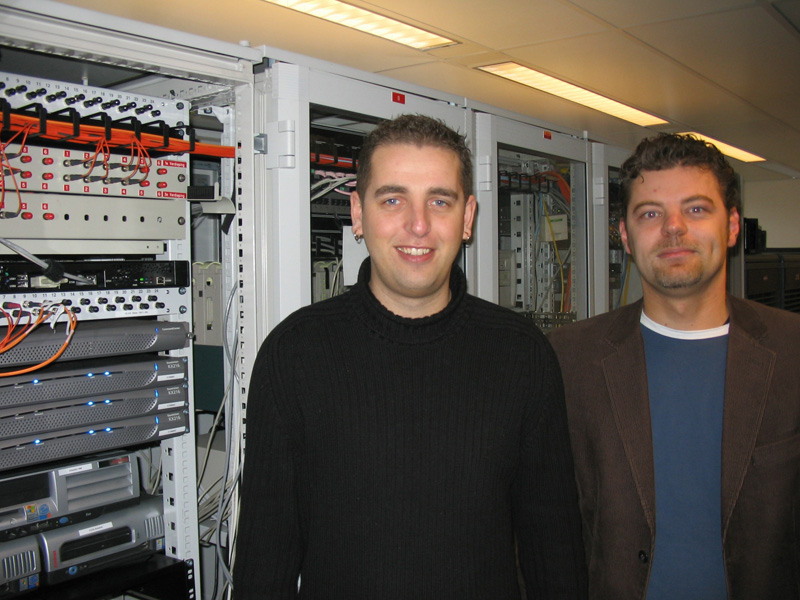 “There’s less need for us to be physically present in the server room. This is not only favorable for climate control, the risk of human errors is also reduced.” The optimal ratio price/quality eventually was the deciding factor in our decision,” said Fred Meijer.

The solution offers control over four KVM-over-IP solutions (Dominion KX216, two IP users and one local user for 16 servers). The hybrid IT equipment is accessible through the CommandCenter® Secure Gateway, which means that the National Lottery has one access point and one user administration.